When Your Little Boy Grabs the Mantle of Manhood

By ramseyJuly 17, 2017Children's Portraits, To My Kids 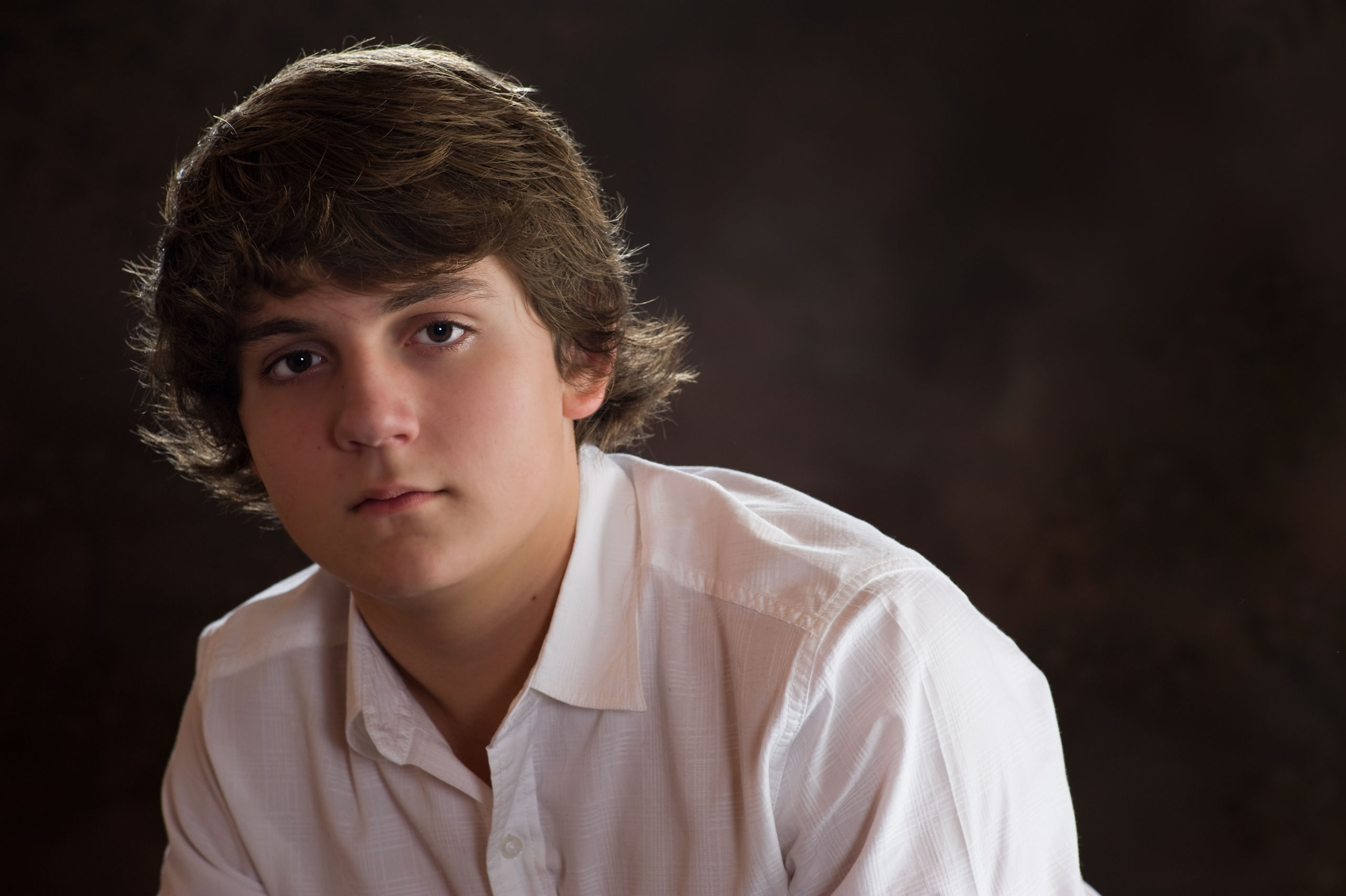 This is last year’s photo of our firstborn: Carson/Big C/”Fungus.” Yes, he gets his hair from his mother. Yes, his nickname is “Fungus.” He gets his nicknames from his dad.

Everyday of his life I’ve told him, “I love you.” Almost as many times I’ve told him, “I’m proud of you.” If you’ve ever heard me talk about him, you know that’s how I feel. If you haven’t, it’s time that you understand what a truly extraordinary man he’s becoming.

This blog is my homage to a truly extraordinary young man. In order to understand how proud I am of him, let me walk you through the loss of 3 men, a quick jaunt through Europe in the 1940s, and 2 confrontations in Indiana.

Almost exactly 1 year ago, Sheree’s dad passed. Willard was Sheree’s lifelong hero. It was around 4 am, and I was out of town.

But Carson was there.

In the most tender, manly, perfect way, he quietly wrapped her up as she sobbed through the worst moment of her life. He did that frequently through the following weeks. He rarely spoke during those embraces.

Five months previous, he’d often wrapped me up after the loss of my own father.

Last week the Fungus and I took a trip to Arkansas for a funeral. Hours beforehand I received a call from a cousin in Missouri:

“Grandpa is in the hospital in Kansas City. He’s not doing well at all. If you can, you should come quickly.” [This is my late dad’s father, Carson’s Great-Grandpa.]

So we left before the funeral.

The drive afforded me the chance to replay memories of Grandpa.

I’d spent nearly a dozen summers at the grandparents’ home in Missouri, with an endless supply of Big Red gum. Also many Christmases at their home, including the Christmas Eve candlelight service. I was probably about 10 years old when Grandpa introduced me to the Hula Popper. Just a few months ago I caught the biggest fish of my life with one.

I was born on his wedding anniversary, and I’m named after him–sort of. His name was Billie, but he didn’t want his grandson to have a name with a “feminine” spelling–so I’m William.

As a teenager, Grandpa met a girl named Laura, then spent 2 years in a long-distance pen pal relationship with her. Laura stayed in Indiana, Billie went to England. While in England, he flew over much of Europe. He never planned on actually visiting the continent, until he landed in Belgium. A few days there, then a train ride to Germany, and finally a hike where he met some gregarious Scotsmen. Fourteen months after he’d landed in Belgium, it was time to return to America.

Soon after marriage, he was the young High School teacher, fresh from Purdue University, in small town, High-School-Basketball-is-god!, Indiana. When one of the starters was failing Grandpa’s class (rendering him ineligible to play), the principal confronted Billie in front of the class. Despite his performance, the principal explained, the kid would have a C by game time on Friday. There was no need for Billie to be failing him.

A condescending, dismissive chuckle from the principal. “I understand, Billie–but we need him to play. You understand my position, right?”

And then, the worst question to ask: “Billie: What kind of man do you think I am?”

The entire class listened. The basketball star sat smugly in his seat.

“If you’d like me to answer that,” Billie replied, “we’d better step out into the hall.”

The principal huffed off. After school, the basketball team waited at Billie’s car. They’d determined that the entire team would play, and make certain that the grades allowed it. They’d come for a fight.

Billie was only a few years older than the boys in his class.

“We’re here to make sure that all of us play on Friday.”

“Okay,” he calmly replied. Setting his bag on the ground, removing his watch, Billie gave the invitation: “I’ll take you one at a time.”

They saw him as a young, thin High School Biology teacher. They hadn’t heard about his previous job. It wasn’t until 1995 when I was the first person to hear the full story.

Those 2 years in Europe? Grandpa had been flying on a B-17 bomber to work. He was a waistgunner. When he landed in Belgium, it was on a parachute, into a German airfield. Only minutes before, 3 of the 4 engines had been shot out. He’d been stabbed in the chest during an escape attempt 2 days thereafter. Then a train trip to Germany where he spent 14 months as a POW. As the Russians marched into Germany, the entire camp marched westward–in the coldest winter of Germany’s recorded weather history.

After a week of marching, Billie and a few friends determined they’d fare better if they could escape.

Several days of marching through the woods to the West, they found themselves in the no-man’s-land between a heavy artillery fight. When the fighting stopped, they knew they’d need help. It was far below freezing, and they were starving. Billie had entered the war at 180 pounds. He was then at 120.

Unsure which way to surrender, they chose lucky. Approaching a group of tanks, waving a white tee shirt, the boys stumbled onto a Scottish regiment. It was time to go home.

Those high school basketball players, and their principal, saw a young, skinny teacher who could readily be cowed. They didn’t know him.

Those of us who did know him saw him as a man of grit, determination, and resolution.

When Big C and I arrived at the hospital, we saw Grandpa’s last remnant of grit. Two days previous he’d told the doctor that he was ready to die. He’d since slept most of his hours as family gathered. One of my cousins told him that C and me had arrived. He awakened, and his eyes lit with love and joy that I’d never seen.

He’d only been awake for 10 minutes, and he was already fighting sleep. More kisses. “It’s okay, Grandpa, you can go back to sleep.”

And he did. He’d never wake up again.

I spent a few hours alone in Grandpa’s room that night. As he slept, I thought of life without him. I remembered his confidence, his tenacity, his strength. I considered what the family would soon lose.

The following afternoon, he breathed his last.

For the first time in his life, Billie Ramsey quit.

I felt hollow, and sick. My throat swelled shut. I turned away from his bed, sobbing without restraint.

When I did, I turned into the strong arms of my broken-hearted son. He wrapped me up and held me tightly.

Trembling in the arms of my son, I felt the strength of the man I’d just lost.