I love the idea, but what if my kids don’t like Santa?

Kids love the IDEA of Santa, but meeting him in person is often intimidating.  Kids also love dinosaurs, but meeting one in real life wouldn’t be so great, either.  If your child doesn’t like Santa, never fear.  By the time Santa arrives in the session for photos, we’ve already captured several great images of your kid(s) on the Christmas scene.  Santa then peeks into the scene, in the background, while I keep your child’s attention away from him.  After this, we then introduce the Man in Red.  If spotting Santa is the end of your session [which isn’t totally uncommon], we’ve already captured a great session, and you’ll have ample images for your Christmas photo selection.  Santa is extremely sensitive to a child’s reaction to him, and proceeds slowly with those who aren’t sure of him.

Do you charge extra to have more than one of my kids in the session?

No.  In fact, we encourage Mom and Dad to come prepared for a few images of the entire immediate family.

What clothes should we wear?

Every year, our scene is markedly different from any other scene we’ve created.  We always plan our Christmas scenes with “variety” in mind.  We’ll see a great deal of formal Christmas clothing, which is spectacular.  Casual clothing–jeans, khakis, sweaters–will also look great.

Can I get Christmas cards?  Do you sell images for printing my own cards?

What is the difference between a “Quick Pic” and a full session?  Why would I choose one over the other? 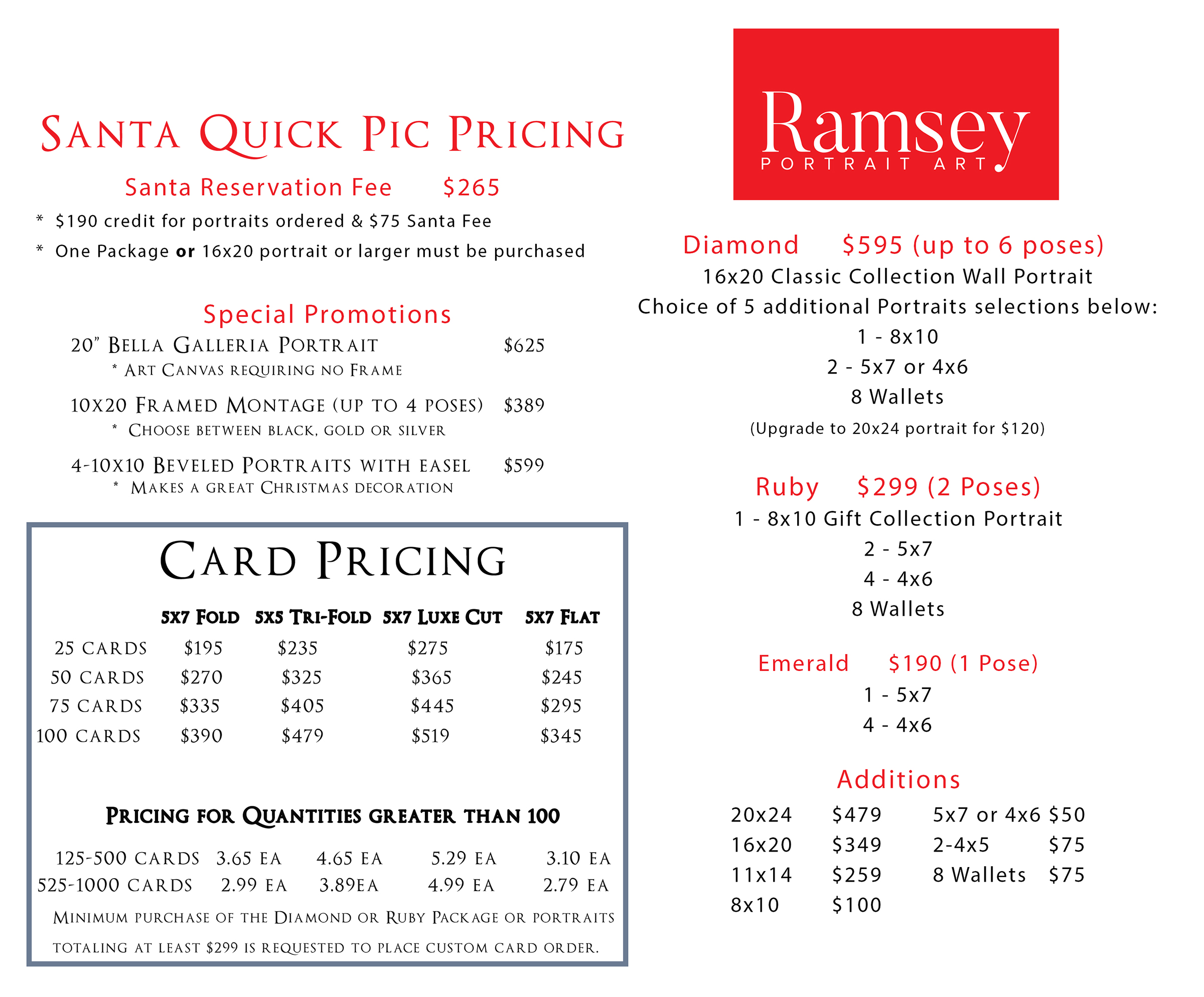